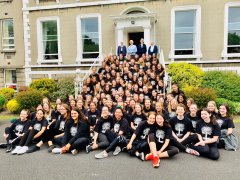 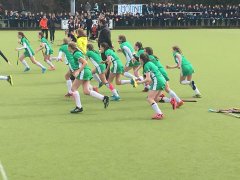 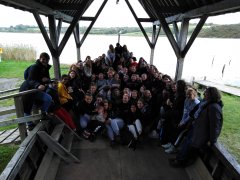 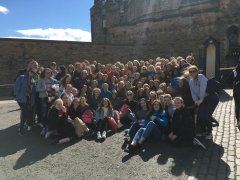 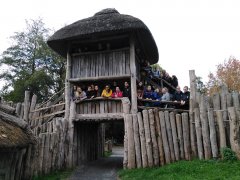 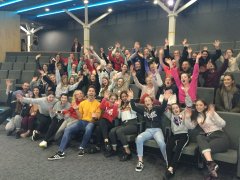 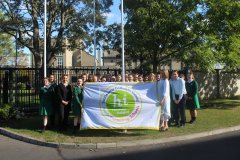 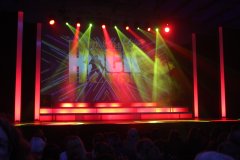 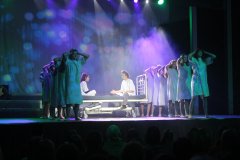 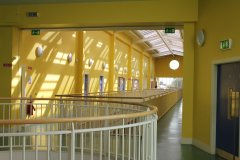 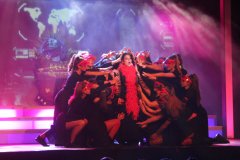 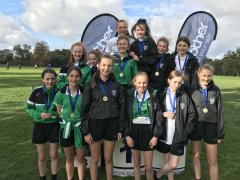 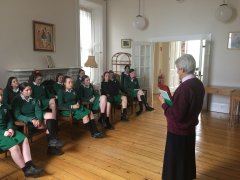 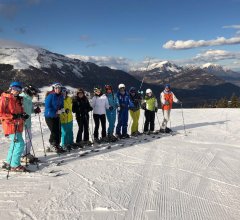 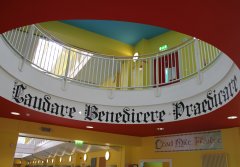 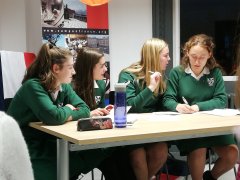 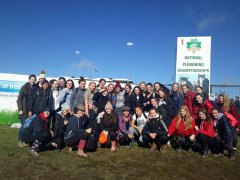 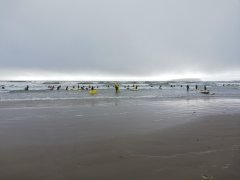 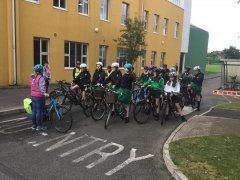 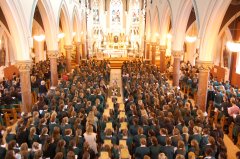 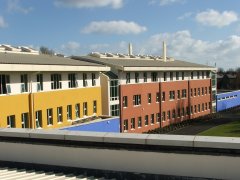 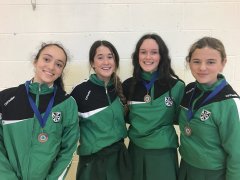 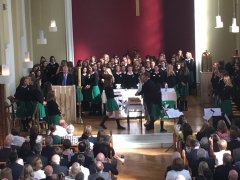 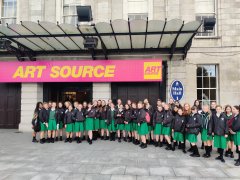 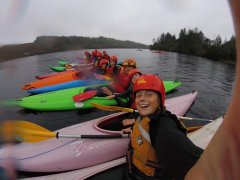 The origin of the Cabra [Ireland] Dominican Congregation dates from the seventeenth century in Galway. The story of the Galway Dominican women has been written by Sr. Rose O'Neill of Taylor's Hill: A Rich Inheritance, published in Galway in 1994. The following is a resume of the story of a group of eight nuns who left Galway in 1717 to found a convent in Dublin and whose successors eventually settled in 1819 in Cabra on the north side of the city.

Life was not easy for religious in the west of Ireland in the early days of the eighteenth century. Periodic rumours of an invasion of Ireland by the followers of the Stuarts was unsettling for the government in Dublin. If an invasion were to take place, the west or south coasts would be the more likely places for Spanish or French supporters to land. Whenever this danger threatened, the authorities clamped down on anyone suspected of favouring the Stuart cause. All catholics, religious included, were suspect and in the west were frequently subjected to harassment, eviction and in the case of the priests, imprisonment and transportation. The Dominican nuns had been frequently evicted from their convent. This was the climate in which the Galway Dominicans were trying to lead their religious lives. Mary Bellew, a native of Barmeath Co. Louth, and seven others of the Galway community settled in Channel Row, (present-day North Brunswick Street). They were supported by the Provincial, Fr. Hugh Callanan and the archbishop of Dublin, Dr. Edward Byrne in this move. Their hope was that Dublin would be a safer place for them. The group were given the convent which had been formerly used by the Benedictines and later by the Poor Clares.

Mary Bellew and her companions settled down in their new home and from an early date opened a boarding school for the daughters of the catholic landed gentry. They also opened a guest house for ladies of means who would be "parlour boarders" paying a fee to the nuns for their board and lodgings. The names of these ladies are recorded in the account books and are proof that there were many catholic families who managed to keep their land and money in spite of the penal laws and the dispossession of many landowners. From the convent account books of the time, it is clear that the nuns were very dependent on their own families' patronage; this they did by sending their daughters to the school. The family names of the community members, the pupils and the parlour boarders were in many cases the same. The Bellews, Brownes, Dillons, Nugents, Rices, Reillys, and many others appear in the account books as nuns, pupils and parlour boarders.

Dominican community life was regular and strictly observed. The nuns recorded their life-style through the account books and evidence that the solemn celebration of Mass, and the Divine Office, together with enclosure, and regular life with early rising were strictly observed. Visitation by the Dominican Provincial is recorded every three years and the convent boarding school was frequently mentioned in the newspapers of the time. Channel Row Convent or "nunnery" as it was called, was famed for the splendour of its liturgical functions. Some protestants attended to hear the Italian musicians who helped "make the voices of the Holy Sisters more melodious."

Unfortunately as the eighteenth century came to a close, the economy of the country was not in good shape, especially for the catholic gentry on whom the nuns depended so much. The boarding school numbers decreased dramatically, the numbers in the community decreased also and those who were left were now aged and in bad health. To make matters not only worse but dire, the lease of their house ran out.

The remaining three Sisters, Eliza Byrne, Lydia Wall and Brigid Strong moved to Vernon Avenue, Clontarf where in 1808, they bravely tried to run both a boarding and day school and establish Dominican life once more. From the beginning in Clontarf, life was a struggle and by 1819 the community was again reduced in numbers. This time five Sisters survived. Sister Anne Columba Maher was to lead the little group to another house and another attempt to have Dominican women re-establish themselves in Dublin. This time a house was bought for them in Cabra.

Cabra, after some years of hardship and poverty, eventually became a flourishing community with a boarding school and a "poor school". In the course of the nineteenth century convents were established in Sion Hill, Dun Laoghaire, Belfast and the call of the missions sent Sisters to New Orleans, Capetown, and Adelaide. Dominican life continues not only in Cabra today but also in these far-flung places thanks especially to Julia Browne and Mary Lynch of the Galway community who braved the persecution of the penal times, to Mary Bellew and her seven companions who came from Galway to Channel Row. Eliza Byrne, Lydia Wall and Brigid Strong moved from Channel Row to Clontarf and kept the flame alight; the last links in that chain of pioneering women were Anne Columba Maher, Eliza Byrne, Lydia Wall, Maria Dalto n and Catherine Dillon who had the courage to set out once again from Clontarf and settle in Cabra.

Menu can be viewed here

The Uniform Shop ( O'Farrells Schoolwear Stillorgan 01-2108586) will reopen by appointment only from Monday 8th June.